Silverstone has been host to packed grandstands of F1 fans since 1950 and is a fantastic place to watch live motorsports. The sense of history is matched only by its atmosphere.

Tickets you’re looking for sold out? Try buying from other fans at leading reseller site, Stubhub.

A former WWII airfield, Silverstone is relatively flat. Serious fans should consider a grandstand ticket for some much needed elevation and a wider view of the action.

The Club Corner Grandstand offers a perfect balance of views of the main straight and the last sequence of corners. It feels like you’re in the heart of the action in the pit area while remaining interesting during track sessions.

Before the race, you can enjoy some people watching as teams prepare for the start. Bring a pair of binoculars and see how many famous faces you can spot before lights out.

You’ll see the race get underway and 90 minutes later see the winner take the chequered flag. In between you can watch the pitstops – the top teams have their pit boxes at this end of the pitlane.

On track, watch the cars take on the sharp left of Vale then feather the throttle around Club corner, eager to launch onto the start / finish straight.

When the winners take to the podium you have a choice. Queue up for the track invasion at gates to the left of the grandstand, or watch the madness unfold from the comfort of your seat.

Stowe A and Stowe B

Silverstone has changed over the years but Stowe remains mostly unchanged since the day Nigel Mansel passed Piquet here for first place, much to the delight of British fans sat here in 1987.

The corner at the end of the Hanger Straight is a Silverstone classic – a fast, sweeping curve that beautifully shows the immense speed and downforce of an F1 car.

Stowe A and B both offer great views of this and a distant view of the following Vale and Club corners.

Fans in the Woodcote Grandstand enjoy a vast, multi-corner view.

The cars emerge from the Wellington Straight and brake into Brooklands. They then negotiate the long, drawn-out Luffield corner. They gradually accelerate as they exit and are flat out by the time they enter the slight right of Woodcote, disappearing from view onto the National Pits Straight.

Seats in Woodcote A are an excellent choice for seeing cars under various conditions and speeds. The well placed giant screen opposite is the cherry on top of what is one of Silverstone’s best grandstands.

Village A is a good choice for views of Village – the first tight corner after the start – and The Loop that precedes the Wellington Straight. Its a thrilling vantage point for the first lap as 20 F1 cars get hard on the brakes and squeeze through without incident.

It’s (slightly) less well placed than neighbouring Village B Grandstand and isn’t covered. But that means you won’t need to worry about roof supports spoiling your photos. If you’re willing to endure the inevitable soaking for some Instagram worthy shots, this could be the grandstand for you.

Have your grandstand photos featured here and win €100 towards your next F1 tickets.

General Admission is a great opportunity to see F1 cars under various conditions and a good choice if it’s your first Grand Prix. It’s also great value for families. If you’re there on a free to roam day you can try out some grandstands for another year.

Silverstone has a very broad choice of general admission views with areas stretching all around the track. Some of the most popular general admission spots are outlined below but take time to explore the circuit and find your own favourite spots.

On race day the gates usually open at 6 am but for the most prized positions, you’ll need to start queuing up before that time.

One of the general admission areas with the best views is between Stowe and Vale. From this area, you watch the cars on their approach down the Hanger Straight to Stowe, take the corner and speed off towards Vale. You’ll curse the debris fencing when you review your photos but when watching at the track you’ll soon forget its there.

In front of the Luffield grandstand, is a raised area that offers good views and because of the incline you can see quite well even when it’s crowded. This is a good option if you slept through your alarm.

Silverstone’s track invasions are almost as legendary as Monza’s. Who could forget Mansell being mobbed by an ecstatic crowd in 1992? Or an excited crowd helping Lewis Hamilton to become the first crowd surfing F1 driver in 2016?

Just don’t mention anything about a deranged Irish priest and leave your on-track excursions until the end of the race.

Gates will open around the circuit but the podium at Silverstone is near Club corner (the last corner of the lap), near the entry of the pitlane.

Between Club B and the International Pit Straight grandstands, there are several entry points. To be anywhere near the champagne, make your way here on the closing laps of the race and be ready to run like Kimi Räikkönen chasing an ice-cream van. 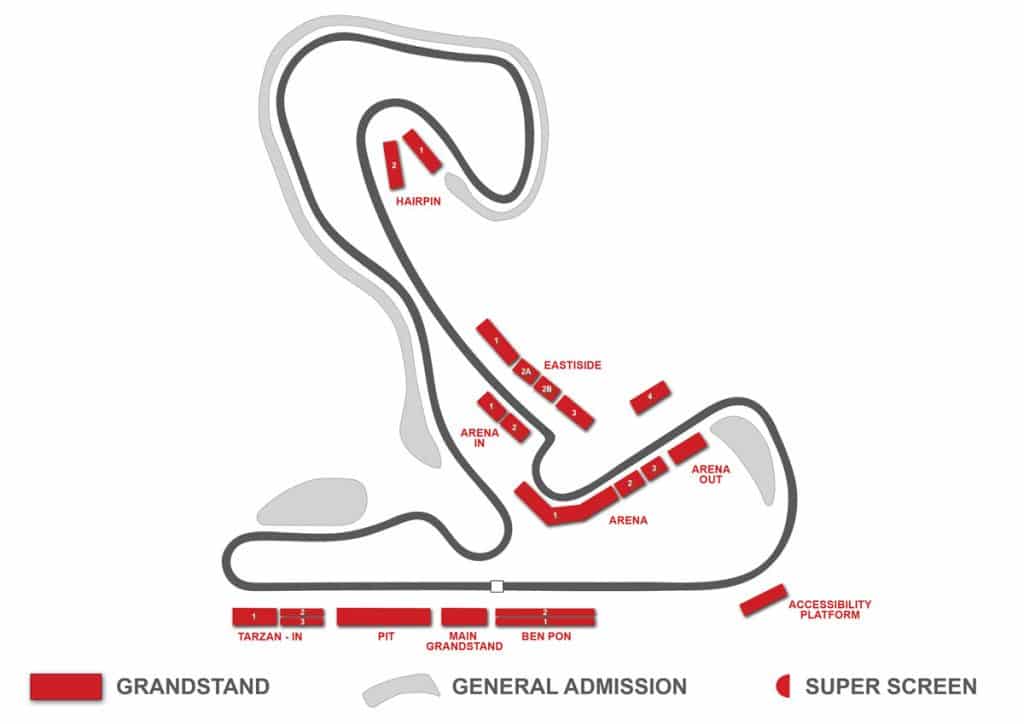 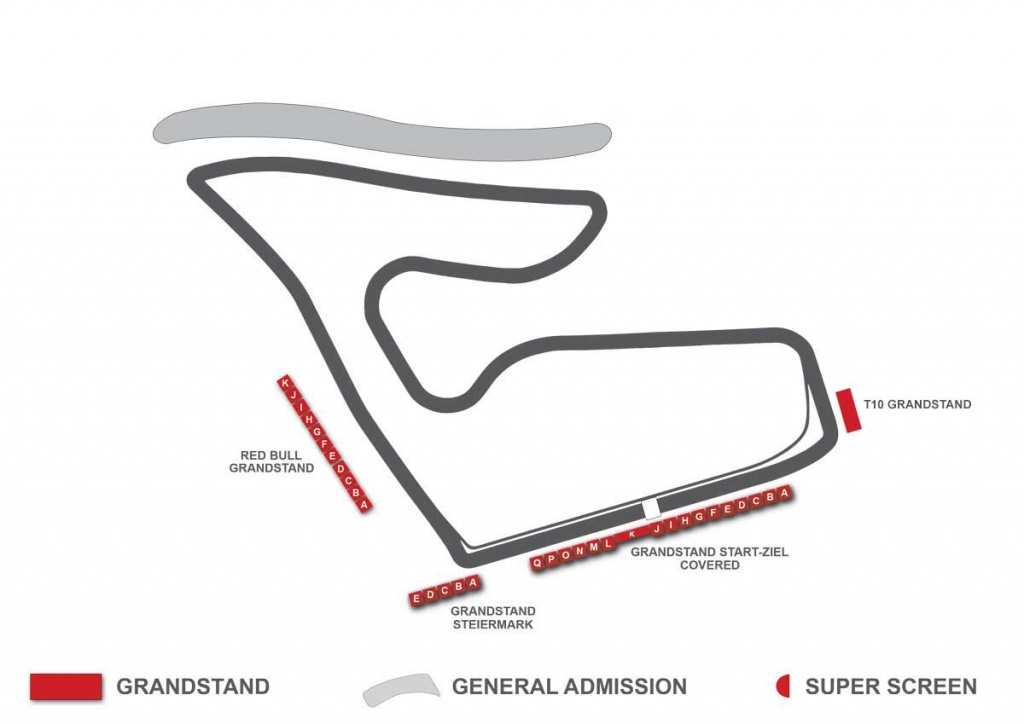 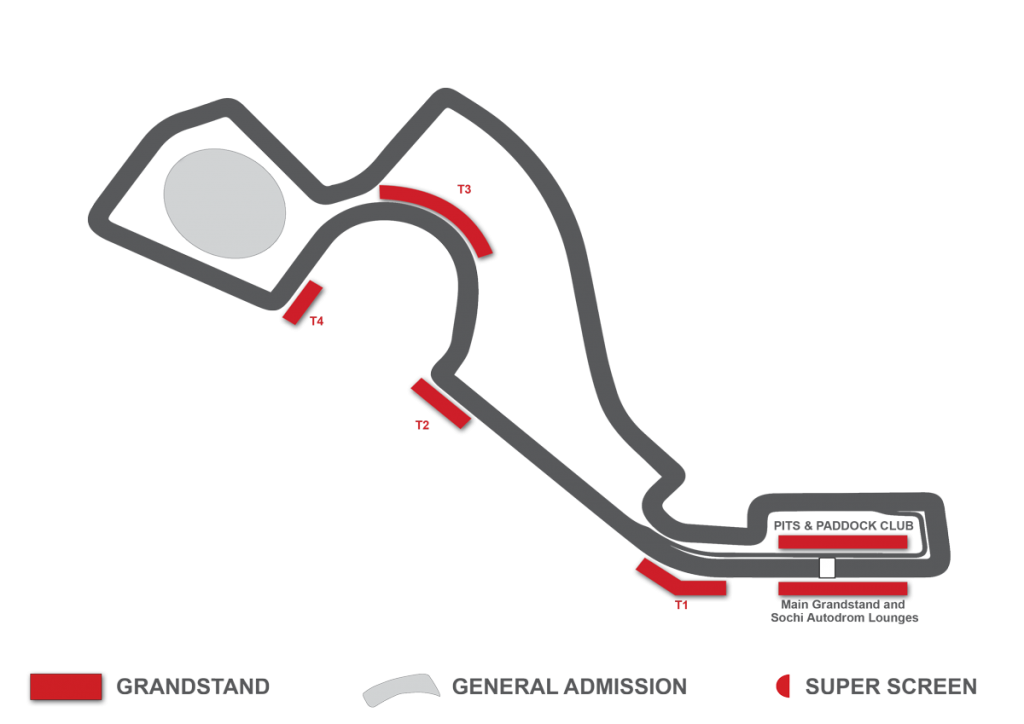